Dreamy Swedish swoonboat Jens Lekeman, has leaked a track from his forthcoming EP ‘An Arguement With Myself’, and announced a brief UK tour for October.

Lekeman realses the five track EP on September 19, followd by a dates at London’s Heaven on October 17, and Machester’s Band on The Wall October 19.

The title track from the EP is available for download and streaming below and though his website.

Tickets for Jens Lekeman’s Heaven show are available here. and Manchester’s Band on the Wall here. 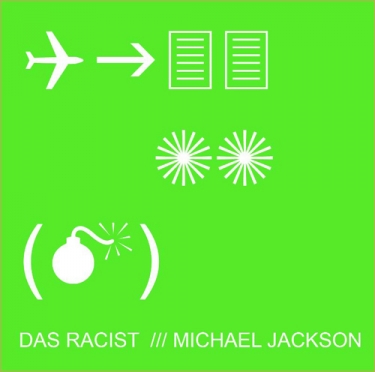 Gulid ones to watch 2011 Das Racist have realsed their new single Michael Jackson through iTunes , the first tack to be released for their debut album ‘Relax’ due on September 13.

Das Racist’s Himanshu Suri (Heems) and Victor Vazquez (Kool A.D.) will play that Londons XOYO on December 1, their first UK appeareance after cancelling their Cargo show at the end of 2010. Tickets are available here.

Oxfordshire’s Truck Festival is facing financial difficulties despite a record attendance for this years events and organisers have appealed for help in saving the event on the same day as Newcastle’s Ignition Festival is cancelled.

The annual indie festival, which started in 1998, will no longer be held due to financial issues, efestivals.com reported yesterday, but it now emerges rumours of its demise were premature, but still faces an uncartain future.

This years festival did not make a profit, partly due to the availablity of heavily discounted tickets, and organisers Robin and Joes Bennet are struggling to pay creditors.

Speaking to The Oxfordshire Mail , Robin Bennet said, ““Things are still a little unclear, but the situation is not looking good. Our revenue has not been adequate to cover the cost of this year’s event and we have been left with a major hole.

“We are a small family business and we cannot sustain that kind of loss, and are now reaching out to find a method of dealing with it.”

He added supports may set up a support fund, with fans of the festival buying  bonds in the festival, but was also seeking an outside investor.

Truck last took place over the weekend of July 22-24, 2011 with the performances from Gruff Rhys, Radiohead’s Phil Selway and St Etienne, but there were doubts about whether it would actually take place.

We love  Truck and hope it goes on for ever. It’s unclear how it’s sister events Wood and Tuck USA.

It’s also been confirmed that this weekends Ignition Festival in Newcastle has been cancelled.

A statement reads: “With deepest regret we are now in a position to confirm that Ignition Festival 2011 will not be going ahead, despite every effort to keep this going after this was cancelled yesterday by Newcastle Racecourse.

“Unfortunately this was not possible due to residential issues and time constraints.”

Gruff Rhys will be appearing at London’s Field Day of August 6, and St Etienne appear at Apple Cart the following day- Both events are in Victoria Park.